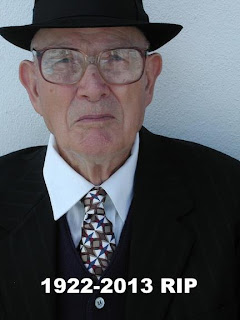 A man who never had anything in all his life, but who made all efforts possible to give everything to his children. A man who preferred to hurt rather than cause others pain.
My dad, my friend and my hero. May God permit that I learn to be half the man he was.
Dad never went to school, yet he managed to learn how to read by learning with my granddad at home. Granddad, Manuel Rosa, was the only person who could read on the village, because as an orphan he was raised by a priest who taught him how to read.
My dad taught himself how to write in 1967 while interned for almost a year in the hospital for tuberculosis.
He was a great poet and I have translated one of his poems here:
VERSES IN POOR RHYME
I always feel like saying, when anyone asks me if I know them,
How can I say if I know you, if I don’t even know who I am?
Neither you know who you are, how could I make that mistake?
Are you what you look like, or do you pretend for your own sake?

I also pretend as I say to myself "I must be an honorable man"
But I am all an imagination, not knowing where I end or begin
(We are all from our imaginary plan)

I searched for me inside out, with all possible strictures
Till I thought I knew who I was, but I am nothing like my pictures
Within this suit that I dress, looking in the mirror at the bloke
I feel like saying to myself, "You think you pass for a joke?"

But am I certain that I exist? There I began to meditate
People tell me "Hey I know you," but how could they relate
Since I hardly know who I am, for man is a stranger to himself
They say what I am like, and it seems nothing like myself

Every man is an unknown with age his self-knowledge worsens
All unaware of their deeds, keep thinking, "We are good persons”
How interesting if you filmed two people with a hidden cam
And afterwards you went and showed their film to them
(One’d say "You filmed someone else" the other "that’s not who I am")

We would die laughing, watching those two persons argue
"We are not the persons you filmed, we are good people, like you"
This could very well be done, but only if filmed undercover
Because if they knew, they would make themselves over

The easiest thing is to give advice; the hardest is to truly know yourself
No matter how old, we never know who we are, and advice? Give it to someone else
Francisco Garcia da Rosa -February 1994
(Translated by Manuel Rosa, April 23, 2013) 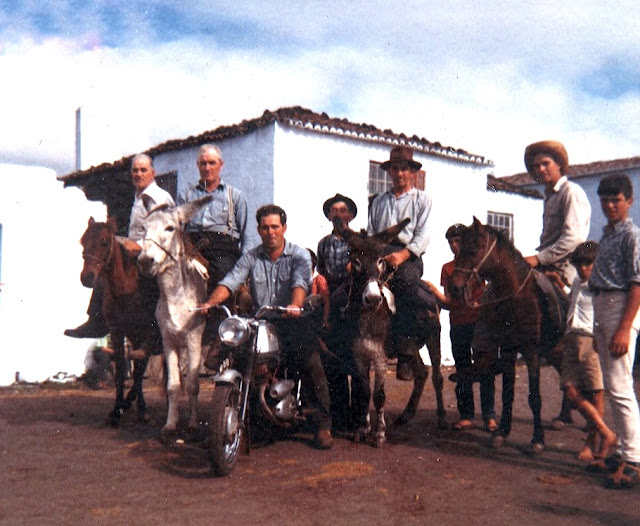 This 1969 photo was taken when my dad's oldest brother Manuel Rosa, living in San jose, Califronia, since 1924, visited his village in Pico, Azores. The half white half stone house in the back was where I was born in Valverde. The four men on horseback are my uncles, three of my dad's eight siblings. My dad is the one on the right with the straw hat.  I am barefoot next to my dad and two of my six brothers are on either side of us. 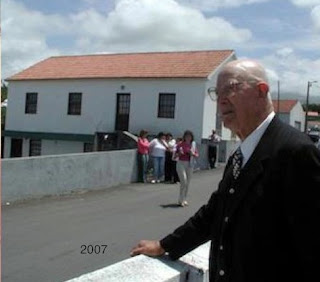 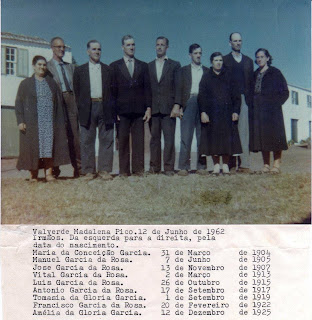 June 1962, the only time all the siblings were together (I was 1 year old) 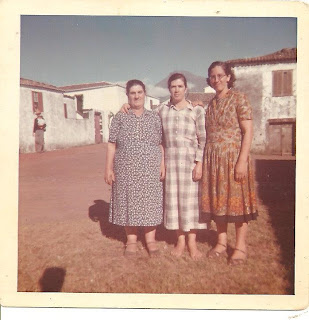 This 1957 photo shows my dad in the back carrying my oldest brother, my mom in the window of our home right behind him. The three ladies are my dad's sisters, note the one in the center has no shoes. 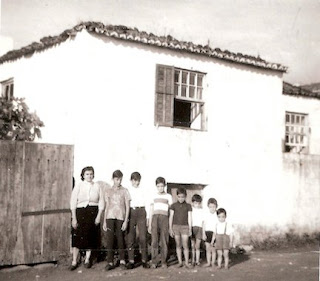 This 1967 photo shows my mom with the 7 kids in front of our home, ranging from 14 to 2 years old.
I am in the black shirt in the center. This year my dad was interned with tuberculosis in a hospital on the neighboring island where he stayed for 10 months. My mom was left to tend the fields with us, since all we ate, we needed to grow. 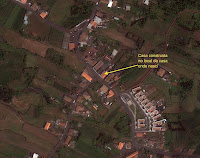 Valverde, Pico, Portugal
Posted by Cristóvão Colon at 10:05 AM

Changing Columbus History one book at a time!